She came last night with him

She came last night with him
Drunk, finished and deep in nowhere
She came, diaphanous, claiming
The last seven years, and fidelity.
I noticed she has bobbed over the years and weathered.
Time has mingled well with incoherent sleepless thoughts
Those thoughts that watch you with arms of endless love,
And embraces that till dawn start to climb beds and ceiling
Swallowed daybreak, immolation and rain.
I have gone through them.
My ceilings then held mist and cloud.
And I begged to stumble over night and dawn
The reflections remained etched in the cracks of my dressing table mirror
The clouds sprouted in there
blossomed and jumbled
Rooms and life.
Twittering tales
Of beginning, of ending, of loving, of betrayal,
of houses,of the unborn and spaces in between
Followed.
Compassionate and passionate
Flattened by my walls.
She left my house in the early hours of the morning.
I took him, drunk and drugged, to bed.
I let his arms cover and crowd mine.
Outside another dawn was breaking
The night had reached the grey roads outside
The moss in the nearby graveyard glistened in the morning light
The light that awakes laughter.
The light that drowns night. 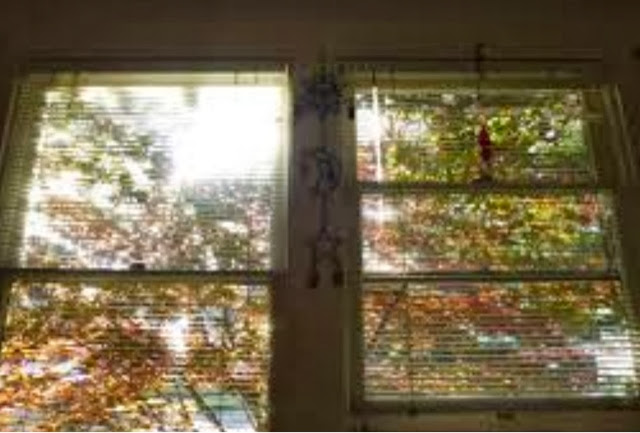 Posted by Poulome Mitra Shaw at 03:55